The Power of Local Giving to Make Global Change 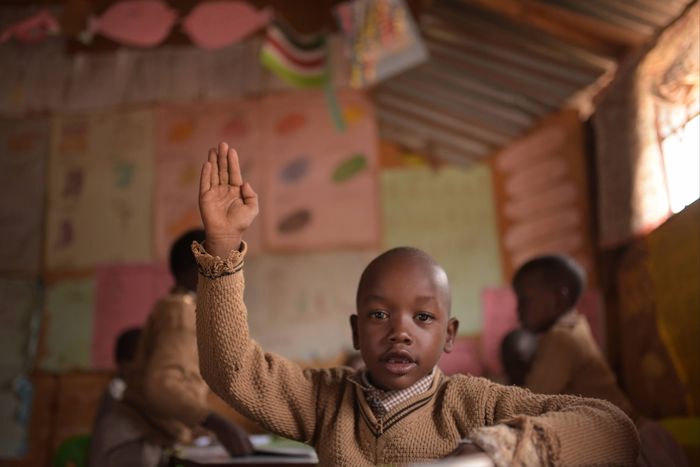 Many of us know of people in dire straits – dealing with death, disease or loss of possessions – who are able to raise funds from friends and strangers through a GoFundMe page. People can crowd fund for unforeseen situations that require large sums of money, often in just a few weeks.

A friend of mine is a Kenyan living in Kenya. Her daughter was diagnosed with Marfan Syndrome and developed severe scoliosis, requiring spinal surgery and treatment costing $30,000. She and her husband have respectable jobs – she’s a social worker and her husband a pharmacist, but $30,000 dollars equates to $3 million Kenyan shillings – a fortune in a country where the per capita income averages about $3,000 a year. Through their tireless efforts going door-to-door in her local community and fundraising on social media, it took one year to raise that amount.

Weeks versus a year.

A fundamental difference in access to funds due simply to where in the world we were born.

It should not be like this, but it is. The good news is that there is something we can do about it

After spending 15 months in Kenya running a comprehensive non-governmental organization, my husband, Ian, and I relocated our young family of five back to Portland and returned to our jobs in mental health and school psychology. Living in and among the very poor in a developing country allowed us the privilege of understanding the systematic injustices and lack of social safety nets that keep people in extreme poverty. But it also gave us the knowledge that galvanizing others to give relatively little from here would carry huge impact for good there.

We couldn’t let our experience go to waste, so we started Ameena Project, an early education program in one of the most underserved areas of Thika, Kenya, Kiang’ombe – a community known as a “slum” when we began. Since opening the program’s doors in 2012 we’ve provided more than 400 children free education and two meals a day. By providing consistent, nourishing meals and hygiene education, children there are stronger and healthier than ever, and their families have hope because they are no longer forgotten. They have a social safety net to call on in times of need.

This remarkable change was caused by two things: the passionate, talented Kenyan educators who started and fully operate the program, and the generous Americans who donate to the cause.

Sometimes people ask us, why should they give abroad when homeless people are sleeping on our streets? Why there, not here? I think that people would have us make it a case of “us” versus “them,” but this is a false choice.

If you feel inclined, start here. Feel the benefit that being thankful and being financially gracious can bring. That can look different depending on your means. If you can’t donate financially, give of your talents and time. Those gifts are often just as valuable to charity organizations as monetary contributions. Then, expand that donation and give outside of the community you benefit from.

This Giving Tuesday I encourage you to embrace a broader worldview and consider supporting a charity doing impactful work in communities struggling with extreme poverty, particularly in developing countries without consistent justice and social safety nets. A little goes such a long way—for you and the recipient. At Ameena Project, financial contributions go directly to Kenyan operations because board members volunteer their time and service and cover U.S. costs like taxes, banking fees and overhead for office supplies.

As Americans, our birthright grants us incredible privilege. One of the ways we can “love our neighbor as ourselves” is to be generous with those whose need is greatest. This year, I urge you to find a need that touches your heart, whether it be local or abroad, and give!

By guest columnist, Anne May. Article from OregonLive.com.