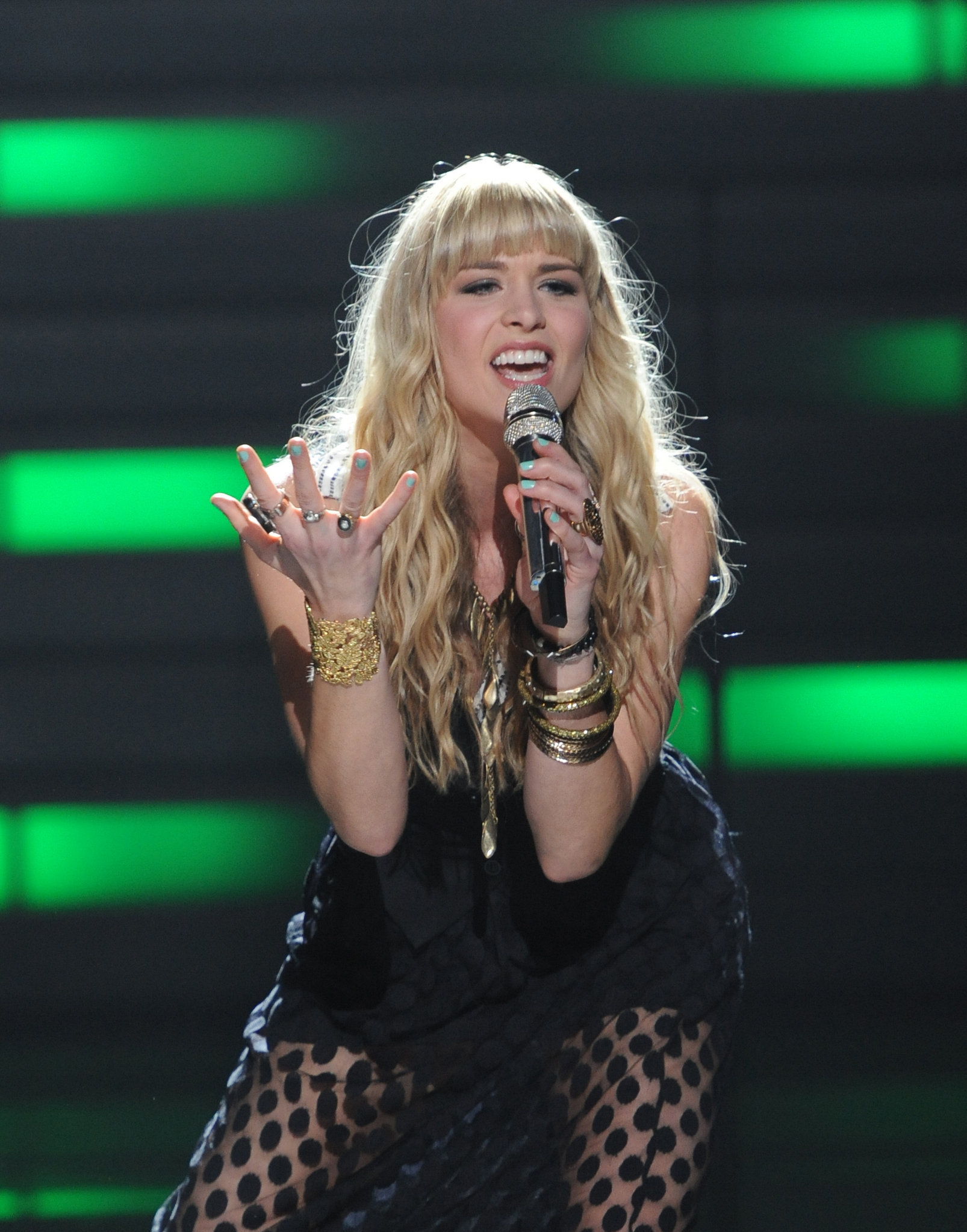 American Idol alumna Haley Johnsen is slated to perform this Friday at Salem’s Broadway Coffeehouse to raise funds for Ameena Project’s Kiang’ombe School in Kenya. Salem favorite Logan Martin is also set to take the stage at the free community concert.“This is a cause near to my heart, and it is an honor to return to the stage on behalf of the children of Kiang’ombe School,” says Johnsen, a top finalist in American Idol’s 2011 season.

A graduate of Beaverton High School and student of Oregon State University, Johnsen’s soulful voice and melodic guitar skills blend folk and blues to produce a deeply rhythmic and original style. Since competing on the Idol main stage and embarking on a 2012 Idol World Tour where she performed for U.S. troops and military families, Johnsen has been working on her first solo album, and well as performing in the Portland Metro area. The “Expressions of Love” benefit marks her second performance on behalf of Ameena Project – her first being the 2012 outdoor summer concert in Vancouver, Washington.

“Ameena Project’s story is so powerful in that it’s a testament of how so little can go so far,” says Johnsen. “Because the stateside effort is completely volunteer-run, every dollar raised goes straight to the preschool and has a real impact on the kids and community of Kiang’ombe.”

Ameena Project’s founders are Portlanders Ian and Anne May. While living as missionaries in East Africa, the Mays were approached by local teachers who wanted to seek out and serve the most vulnerable, unreached children by establishing a local-run feeding program and preschool. Their search led them to a desperate place called Kiang’ombe – an isolated, hostile, and forgotten community where hundreds of children are desperate for food, clothing, and education. Ameena Project opened the doors of Kiang’ombe School in September 2011 and, today, over seventy children receive two meals per day and an engaging preschool education in a safe environment.

“Haley and Logan’s talent and generosity, and the warm ambiance of Broadway Coffeehouse, will make for a great night of entertainment as Salem comes together to show love to the amazing kids who need us in Kiang’ombe,” says Ian. “Anne and I recently returned from there, and each time we visit the community we fall more in love with these children and their families. Their lives have dramatically improved due to the basic education and nourishment Ameena Project provides, and we are humbled by the dramatic reality that very little can do very much,” says Ian.

The concert takes place Friday, February 15 from 6-9pm at Broadway Coffeehouse, 1300 Broadway St. NE, Suite 100, Salem, OR 97301. Martin will take the stage at 6pm and deliver a passionate indie and acoustic set, with Johnsen immediately following.

Admission is free, food and beverages are available for purchase, and donations welcomed to support Kiang’ombe School.

By Tia Over. Article from OregonLive.com. Image by Michael Becker/FOX.