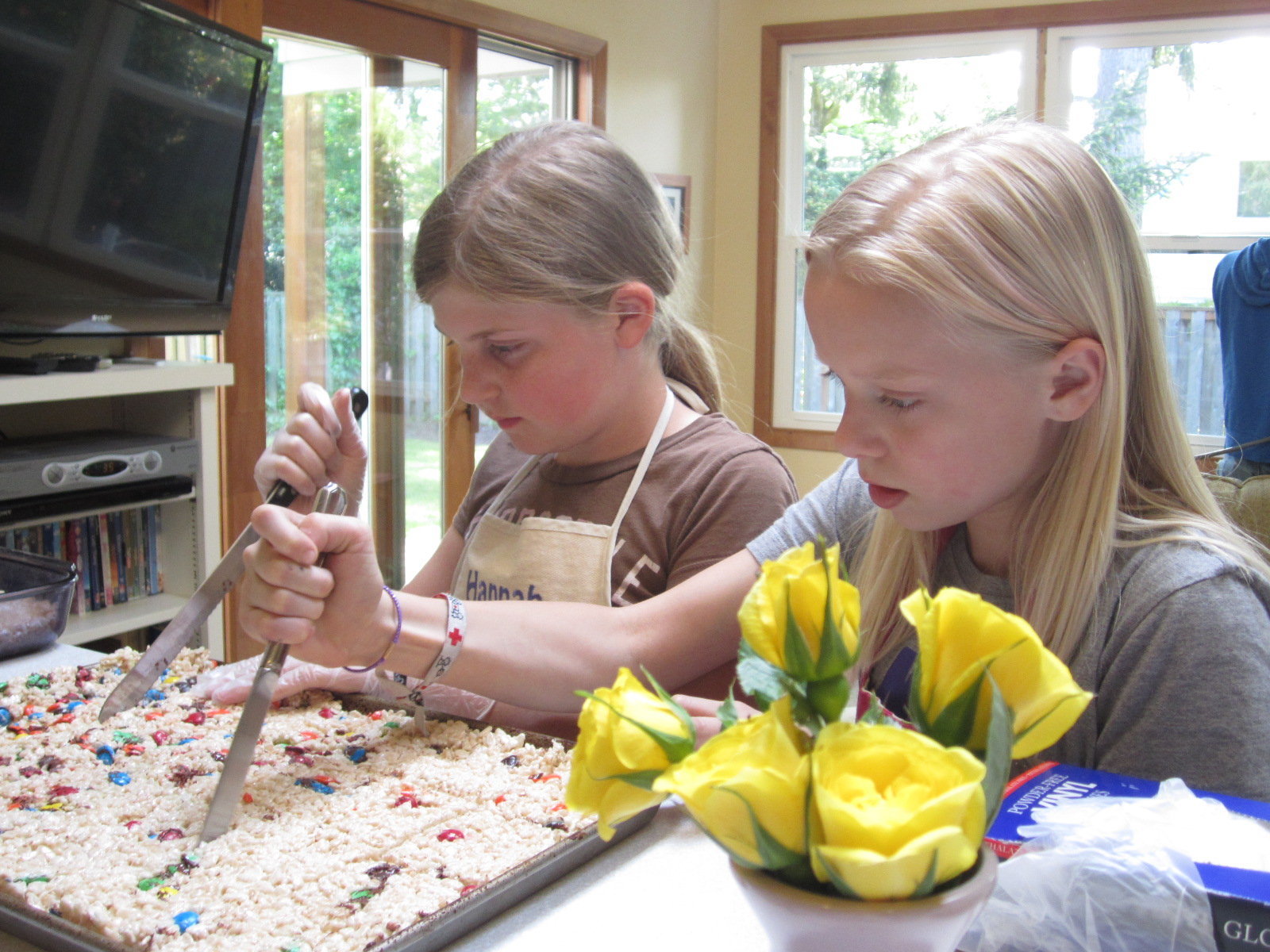 Yesterday, a shining example of “kids helping kids” was on display just outside of the bustling Beaverton Library. “Well, I love cooking and if it can help some kids too, why not?” said Arco Iris Spanish Immersion fifth-grader Claire Sabbe. Claire and five of her fellow fifth grade friends – Isabella Grunseth, Caitlynn Lee, Hannah Mayfield, Isabelle Neal, and Maddy Kelly – held a bake sale to benefit a preschool in Kenya started and supported by the Ameena Project. And they did it all themselves.

The girls immersed themselves in bake sale planning -gaining permission from Washington County to cook in a non-commercial kitchen, receiving approval from Beaverton Library to hold the sale just outside of the library, and deciding what to bake and how to display their goods. By the end of the three-hour bake sale, these industrious and passionate young ladies had earned $225 for Ameena Project.

They call themselves the “Bracelet Bunch” as their original inspiration was to make bracelets to sell for charity – crafty work that has already netted nearly $50 in donations to Ameena Project. But they felt they couldn’t stop at jewelry making. Once they learned more about the volunteer-run, Oregon-based Ameena Project and its work to fund and operate a preschool in impoverished Kiang’ombe, Kenya, the Bracelet Bunch girls rolled up their sleeves and put on their aprons.

On Friday, while the girls were hard at work in the kitchen, Ameena Project founder Anne May dropped in for a visit. “The girls and I talked about what basic life is like for the kids in Kiang’ombe,” says May, a resident of Portland, who had the idea to start Ameena Project after she and her husband Ian lived in Kenya for 15 months working on another humanitarian project. “The girls imagined that they were orphans, but I explained that many of them have moms and dads; they just don’t have the ability to purchase basic things like food.” The girls were thrilled to meet Ameena Project’s namesake, Anne and Ian’s young daughter Ameena.

May shared with the girls how the children in the Kiang’ombe community might be lucky on their own to get one meal a day, but that at the Kiang’ombe School they receive two meals every day. “The girls were excited about this, and the fact that the money they contributed in March had paid for a month of school and food for six of the kids,” says May.

Since its doors were opened in January 2012, Kiang’ombe School’s seventy children receive daily nourishment and an engaging preschool education in a safe environment. Thanks to the funds raised at Saturday’s bake sale, the Bracelet Bunch helped ensure twenty children will be fed a month’s worth of meals.

“When I explained that $8 pays for 40 meals for a child,” said May. “Isabel replied: ‘Imagine if everyone did something like this! Those parents would be so happy, their kids would have food!”

By Tia Over. Article from OregonLive.com.